On August 9, 2019, a federal district trial court in Eastern Virginia sided with a transgender student who filed suit against his school district for transgender discrimination and is allowing the lawsuit to move forward. This most recent decision comes years after the suit was initially filed in June 2015, after Gavin Grimm (“Gavin”), a female to male transgender student, was prohibited from using the boys' bathroom by the school district's board policy in the fall of 2014. Now that a Virginia federal court has ruled in favor of Grimm and allowed him to proceed with his case, school districts across the country – and particularly in the southeast, including South Carolina – are trying to understand how the court's decision will impact their students and what, if any, steps should be taken next.

On August 9, 2019, the trial court in the Eastern District of Virginia, ruled in favor of Grimm, deciding that he should be permitted to move forward with his Title IX discrimination claim and Fourteenth Amendment (equal protection) claim. Concerning the Title IX claim, the court found the school district's argument that its “policy treats all students equally on the basis of physiological or anatomical characteristics” unpersuasive. It also found the school district “crafted a policy that is based on stereotypes about gender . . . and the board had engaged in discriminatory treatment because it prevented [Grimm] from using the restroom that matched his gender identity.”

The trial court then took up Grimm's Fourteenth Amendment (equal protection) claim and concluded the school board failed to show that the challenged policy is "substantially related" to protecting student privacy. In making decisions relating to transgender students, many school districts often rely upon this argument. In this case, however, the court was not convinced, relying on the fact that “the Board received no complaints regarding any encounter with Mr. Grimm in a restroom.” It also noted the school board “conceded that there is no privacy concern for other students when a transgender student walks into a stall and shuts the door.” Based on this, the court will allow Grimm to proceed with his case. At this stage of the lawsuit, we will have to wait and see how the facts develop and whether a trial will be scheduled to determine the overall outcome of the case.

How does a Virginia transgender lawsuit affect a school district in South Carolina?

In the Grimm case, because the student sued the school district for violations of his federal legal rights, the U.S. federal court system is responsible for making decisions about the lawsuit. Specifically, as Gavin's case involved a school district in Virginia, the Fourth Circuit and its courts were in charge of making decisions about the case. Thus, school districts, especially in the Fourth Circuit, including South Carolina, are closely following and monitoring the outcome of the Grimm case and may notice a rise in transgender student lawsuits. For example, if a school district implements policies that restrict a transgender student's rights, other students are likely to follow in Gavin Grimm's footsteps and file lawsuits alleging violations of their federal rights, which may be costly for both the school district and its insurance companies. We also anticipate a rise in controversial requests by transgender students seeking permission to use bathrooms and locker rooms assigned to the gender with which they identify rather than their biological genders, and they – along with parents and transgender rights groups – will often lean on and rely on the Grimm case to support their belief that they are entitled to have these requests granted. 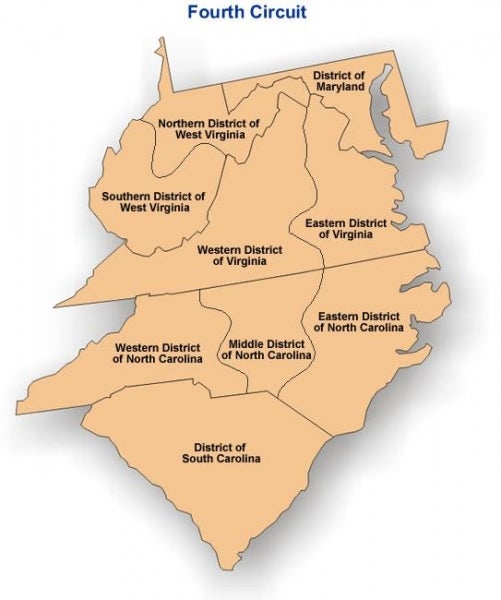 While the Grimm case seems to indicate that Virginia federal courts will not permit school districts to implement bathroom policies that prohibit transgender students from using the bathrooms associated with their genders, those specific court holdings, while important and persuasive, are not binding on South Carolina at this time.

This issue remains underdeveloped and provides no precise guidance for school districts in South Carolina. It is certain that school districts' exposure to legal liability regarding the protection of transgender students' rights will increase and may create negative media attention. However, with no clear statutory or consistent judicial guidance, the way school districts chose to handle requests for transgender students must be handled with care and caution. We continue to encourage school districts in South Carolina to consider the best interests of all students and work as a team – along with transgender students and their parents – to formulate a plan that will continue to allow the student to succeed in the school setting while making any necessary accommodations district administration feels comfortable granting, weighing the pros and cons for all those involved. At this time, school districts in our state are not legally required to permit a transgender student to use the bathroom of his choice and may, instead, choose to provide other alternatives. Nevertheless, as this issue continues to be battled in court, we expect more definitive answers, especially for our state, in the near future.

If you have any questions about the Grimm case and its impact on your school district, please let us know. We wish you continued success this school year and look forward to sharing our next Issue of the Month.

Originally from Cheraw, South Carolina in Chesterfield County, Ashley Story takes a personal interest in public education since she attended public schools in her home county and graduated from Cheraw High School. Public school teachers and administrators are highly regarded by Ashley, as she gai...

Comments have been disabled.